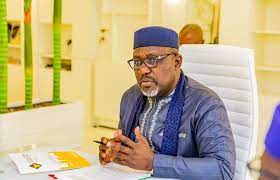 Former President Ibrahim Babangida in a recent interview gave a quite optimistic projection of the kind of person who should be Nigeria’s next president.

Politics in the country has come to the crossroads. More and more Nigerians have come to see the wisdom in statecraft. Better to have a president who helps bring food to the table i.e. earn enough money to provide the basic necessities for oneself and one’s family. There are some who still bend to the illusory preferential option for the kinsman. So, it’s merit Vs zoning.

Interestingly though, both sides of the divide have proponents who think that for the sake of fairness, equity, even for justice and such values that promote peace and order, an ethnic Igbo person should get the next turn at the presidency this time. This is the loudest, the most sober and sensible view. The influential Sultan, Muhammadu Sa’ad Abubakar thinks so from Sokoto. The pragmatist reformer and current Governor of Kaduna State, Mallam Nasir El Rufai likewise agrees that it should be the turn of the southeast now.

When the Igbos have had their shot, then Nigeria can evolve from turn-by-turn presidency to merit as the overarching criterion.

Thus on the whole, there seems a fair consensus of opinion that the presidency goes to the Igbos this once. So what then?

The problem actually is the incapacity of the Igbo political elite to inspire consensus around a viable candidate and then throw their weight behind him or her.

Owelle Rochas Okorocha has shown remarkable imagination and innovation in his declaration to run. A former governor and presently a senator, he has had a more than successful run in business and entrepreneurship. Plus he has shown a milk of kindness in his widespread charities and beneficent foundations. No matter what one may say, Rochas is not perfect but he has the pedigree suitable to do the job.

To recap, there is a growing political concurrence that it is only fair for the presidency to be zoned to the southeast. Even those who in principle would prefer merit to the option of zoning believe that if for no other reason than the sake of equity and fair play, someone of Igbo ethnicity be president this time. After that, all parties can throw their doors open and allow for only the criterion of merit and suitability.

One standard ex-president Babangida proffered for the next commander-in-chief was the candidate’s familiarity or association with diverse parts of the country. Okorocha has that in the bag. With deep roots in the north and eloquent in Hausa, he has roots and association in and with almost all parts of the federation.

Where it is not consanguinity, then it is business ties or some form of interrelation. In fact, a lot of the arguments made against him prove to be reasonable as to why he should be the next president.

Actress Sola Sobowale reveals how much she's earning to act one movie in year 2000
Prophetess Evelyn TB Joshua: How the Woman in the Synagogue is Keeping the Legacy of her Late Husban...
Stop borrowing people money ~ Nigerian man narrates how the guy he lend money refuses to give him an...
Lagos is full of fake life ~ Actor Alex Ekubo opens up as he spends the money in his fixed deposit a...
Photos and video from the funeral mass of the victims of Owo Catholic Church attack