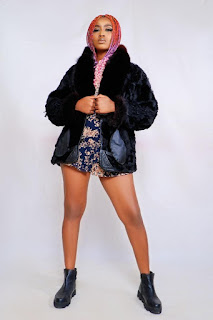 Joy Stephen, Born on September 29th in Minna,
Niger State.
Joy,  known by her stage name “ Modiva”  (sometimes stylized as modeeva), is a Nigerian Afro-pop, Afro-fusion, Afro Beats, R&B, and Dancehall singer, performing artist, and songwriter.
Modiva started music during her secondary school days and discovered her full potential in 2015 when she started performing in various shows and events and later moved down to Abuja to do music fully. 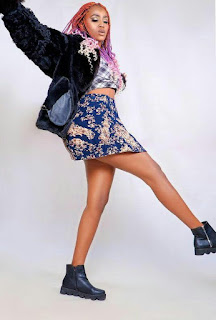 Modiva is known for her unique voice which produces sweet melodies that keep her fans dancing and nodding their heads no matter the mood. This song gem influenced by Tiwa Savage, Simi, and Yemi Alade has some singles out there for your listening pleasure titled: Mu Jojo, Hallelujah, and Yere (Oh My Baby),  a song that talks about love and not wanting
to lose someone special. This song Yere(Oh My Baby) will be officially  released on all digital and streaming platforms on January 28th, 2022
Follow Modiva on all social media pages and IG @m.o.d.i.v.a to find out more.