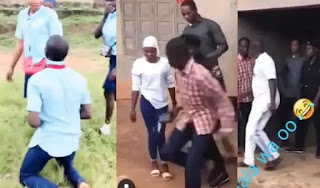 An SS3 student who went viral when he proposed to a female student after writing their West African Examination Council, WAEC exams, has reportedly been arrested. 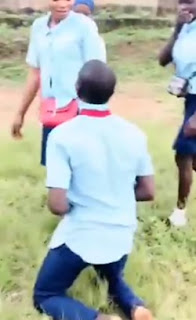 According to Operanews, The girlfriend’s father got wind of the proposal video and visited the young man’s home in company of police and his daughter.

In photos shared by Operanews, the secondary school graduate could be seen being taken from his home by the police with his girlfriend standing and watching helplessly whilst her father led the arrest. 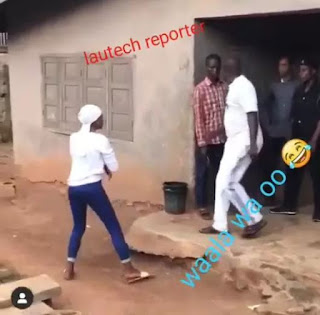 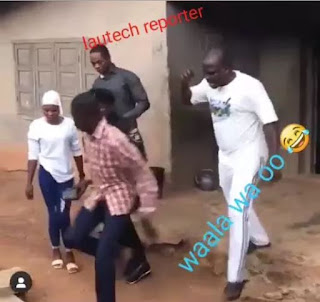 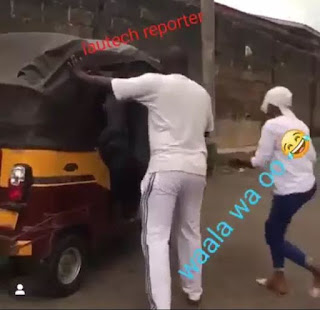 Recall that a video circulated on social media days ago, showing the moment an exit secondary school student sitting for the West African Examination Council, WAEC exam, proposed to his girlfriend.

The students had reportedly finished writing their exams and were leaving the school premises when the lover boy decided to pop the four-words question.

In the video, they could be seen walking on what looks like the school’s football field, the girl who was proposed to, was at the front with her friends while her boyfriend trailed behind.

He quickly rushed toward her, knelt down and brought out a ring, then put it on her finger as she screamed in excitement and said yes.