Man sue bank to court and demand N5.5 billion for leaking information that he is broke

Man sue bank to court and demand N5.5 billion for leaking information that he is broke 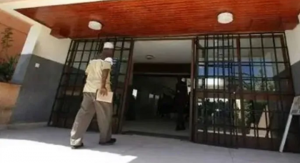 A Kenyan businessman has filed a lawsuit against a local bank for allegedly disclosing his private information to third parties without his permission.

He brought a complaint before the Mombasa Commercial Bank Admiralty court, alleging that an Absa bank employee had improperly disclosed his data, which had a negative impact on his company’s activities.

As a result of the leakage, the plaintiff’s creditors and other suppliers descended upon him and interrupted the business operations,” Kamwibua said.

The CEO claimed that the bank and one of its employees had violated his right to privacy by giving out secret information to outside parties.

Additionally, he claimed that disclosing his financial statements with strangers in violation of the common law fiduciary obligation amounts to failing to safeguard the confidentiality of his accounts.

Additionally, Kamwibua said that attempts to preserve his transportation company by asking the bank to renegotiate its debt commitments were rejected, which led to financial sabotage.

Teenage lady reportedly ended on the wheel chair after holding her fart in front of her boy friend
Young man cries out as a policeman extort N10K from him for having Cardi picture on his phone
Man buys BMW 2022 model for his mother to celebrate her
Lady reveals why she can never marry a man with long finger nail
Nigerian lady advises other female should start replying their after she got her newly wedded husban...