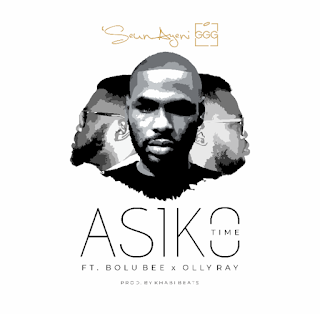 Just like he did on his birthday, 3 years ago when he released his debut single – Wanna Worship, Seun Ayeni GGG has released a new single to mark his birthday this year again. The single, titled Asiko features two of his younger friends and mentees, Bolu Bee and Olly Ray who are also brothers.

Asiko is a song that reminds us of Times and Seasons, an inspirational song that gives hope and lets us know that, just as the Bible says, there is definitely time for everything under the sun (Ecc 3:1), and though weeping may endure for a night, joy will come in the morning (Ps 30:5).

What a way to end a dramatic year. Good times are definitely ahead. There will be a better 2021 for us all. Amen
Watch the Video Below
Title: Asiko
Artiste name: Seun Ayeni GGG ft. Bolu Bee & Olly Ray
Contact number: 08035646861
Facebook, Instagram, and Twitter – @theSeunAyeni
File Format: mp3
DOWNLOAD MP3
CLICK HERE TO CHECK ON THE LYRICS
Leave your Comments below…