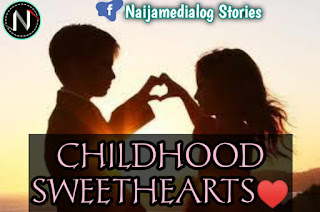 I missed Peter so much and I don’t think I will ever get over him.

Few hours later, I was surprised to see myself laying in the hospital bed with Peter my husband beside me. The doctors and nurses were everywhere

Peter and I were laying unconscious and submerged with tubes and wires, it looked as if we were in the theatre and I just undergo a kidney transplant. In an hour the doctor was in smiles.

” The surgery was successful, thank God” one of the surgeons said in smiles.

“What’s going on?” I asked myself

” Your second chance at life, use it well this time” Little Peter said, I almost jumped out of my skin, I wonder why little Peter was always creepy.

“With the necklace that’s the symbol of love and God is love, God has given you a second chance, make your marriage work and live a peaceful life” Little Peter said.

In few minutes the cute little boy said goodbye and I promised to bring him back to life by becoming Peter’s best friend again and he smiled. He waved at me and then I saw the little Fidelia(Me) standing beside Little Peter. They held hands and then they vanished.

Peter and I woke up some hours later and it was as if we had the same dream.

He dreamt of everything I went through as a ghost and he was so excited that it was a dream.

He reassured me of his endless love and friendship.

We recovered quickly and in few months time, we were discharged from the hospital.

Six months on, Peter and I are now best friends like our childhood days, we now knew we needed to make our marriage work. We have sunk to our knees and told each other how sorry we are. We pledged to be team mates and best of friends.

This was the real turning point in our marriage, it took all that to happen for our marriage to work despite how much we love each other.

There have been plenty of important times in our marriage subsequently when we’ve dealt with difficult issues. But this was the crucial shift in attitude that suddenly put us in with a real chance. We both now wanted to take responsibility for our marriage. I wanted the best for Peter and he also wanted the best for me, Peter had started to pay attention to my needs and he now knows what makes me happy and he does them. We play like little children and we tell each other